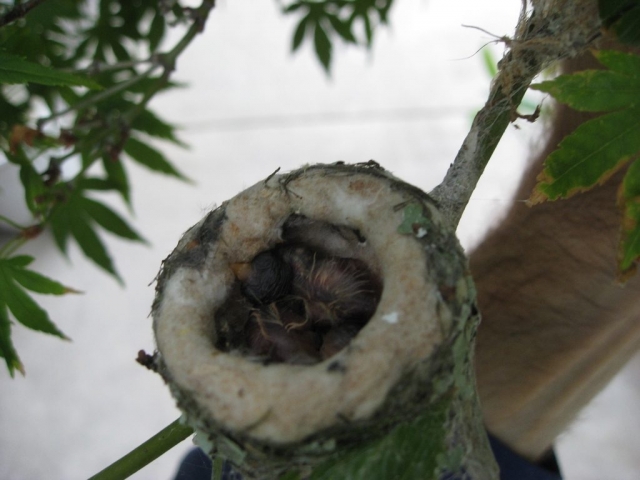 May Day, and that means new kids in the yard. Born sometime within the last 24-hrs, they sure are little, about 1/2″ long… I’ll get better pictures this weekend when it’s lighter. One thing I did (that Mom never thanked me for) was to put an inverted metal bucket directly above the nest on top of the patio shade. It’s nice knowing that she doesn’t have to be miserable with the light rain we’ve been having lately.

In other news, I was talking to a buddy about car colors and he suggested something I hadn’t given much thought to, anodizing the aluminum body work. The neon blue and green come to mind. I’ll have to give it some thought; he said they did a race car that way about six years ago and it’s held up great. I asked how he prepared the panels and he said he just did parallel passes with a Scotch-brite pad. He said they didn’t use hard anodize because he worried about it cracking. More investigation is warranted.