Finally got round to swapping out all the fluorescent lighting for LED. It’s definitely brighter and draws about half the power. There’s that, and no more loud humming or being grumpy about starting up in a cold garage; I don’t think anyone’s going to miss them.

There was some actual Midlana work, specifically, adding a second throttle return spring. There were a couple threaded holes already present on the intake manifold, so they were borrowed to mount a new bracket to. Haven’t driven it yet to see if it works, but it leaves open the option of adding stronger or longer springs later on.

Last picture, I may not have mentioned my growing interest in wooden gear clocks, but as shown, that’s yet another distraction. I already found out the hard way that our laser printer apparently distorts the “1:1” paper patterns that I’ve been gluing to the plywood, which became apparent after utilizing the mill’s DRO ability to place holes on a radius – they don’t quite match up with the pattern. That’s taken a bit of steam out of the project, with the concern being that the gears may not mesh smoothly. Anyway, there’s a lot more bits to cut out, so time will tell… so to speak. 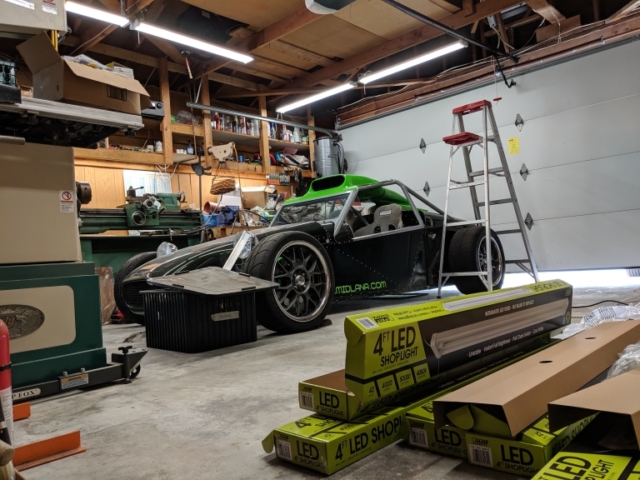 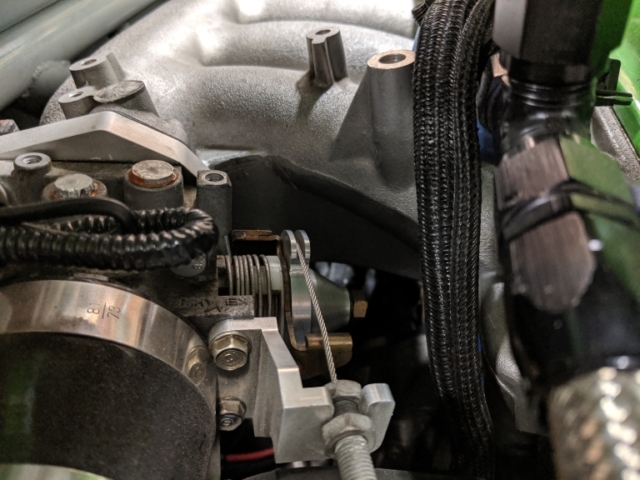 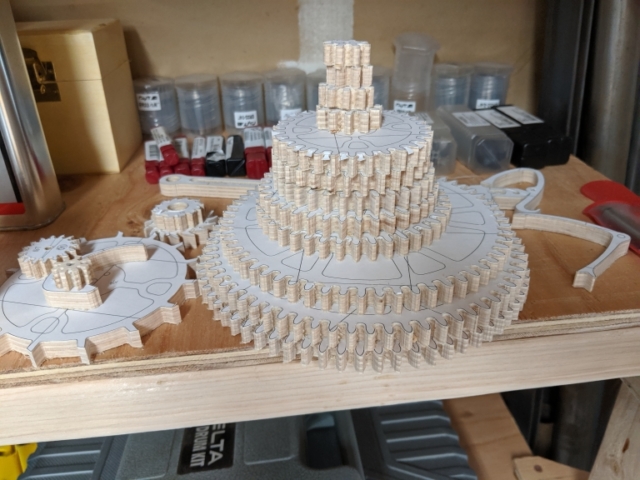