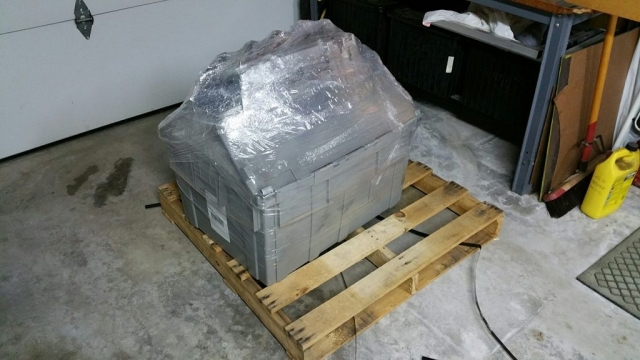 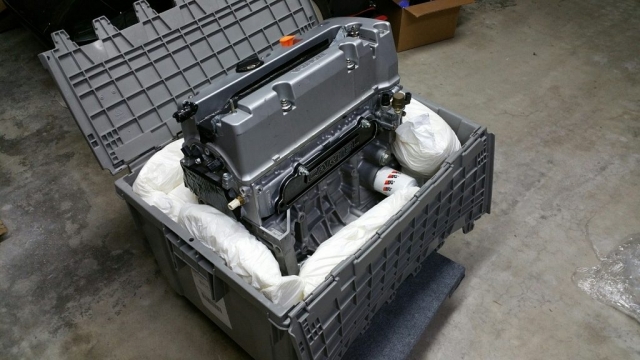 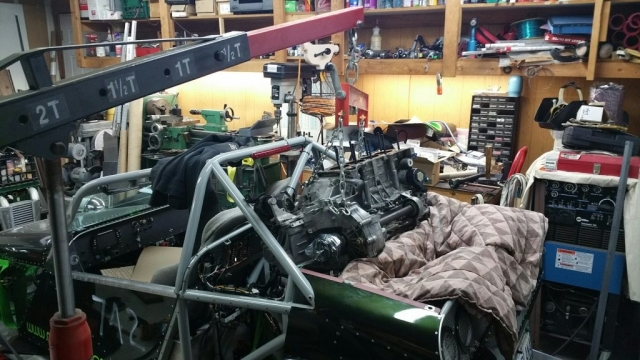 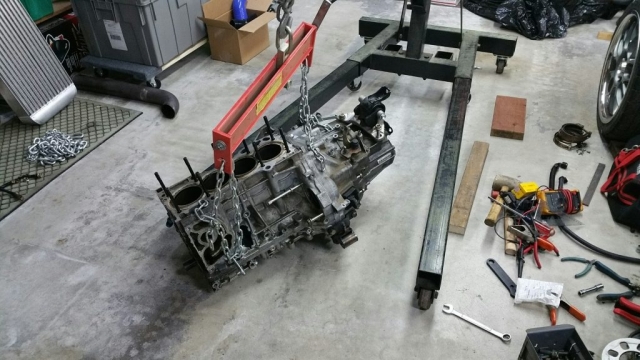 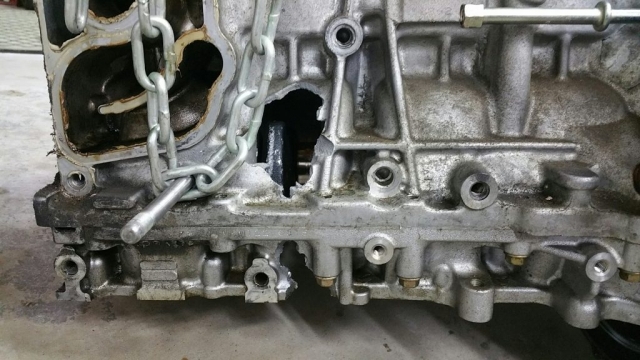 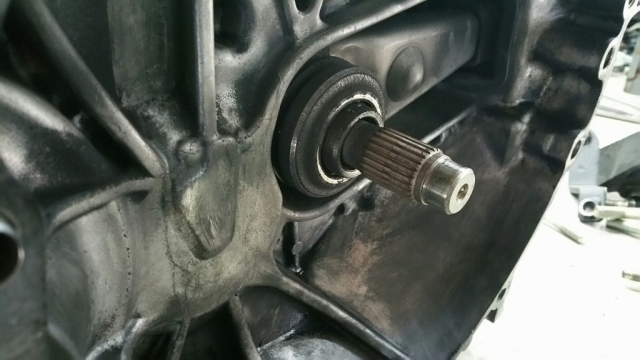 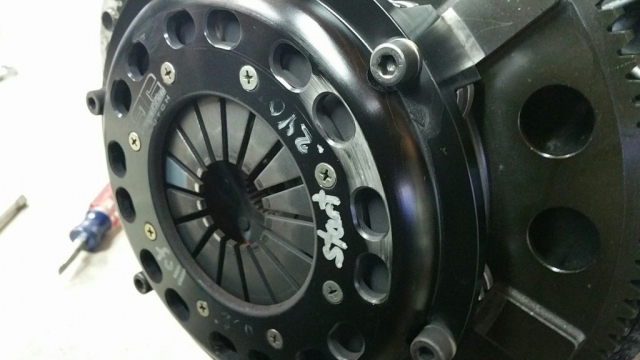 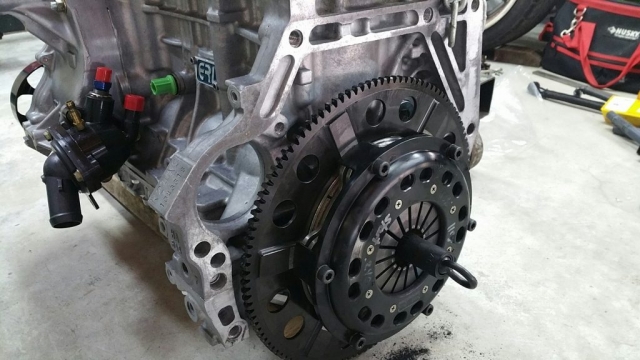 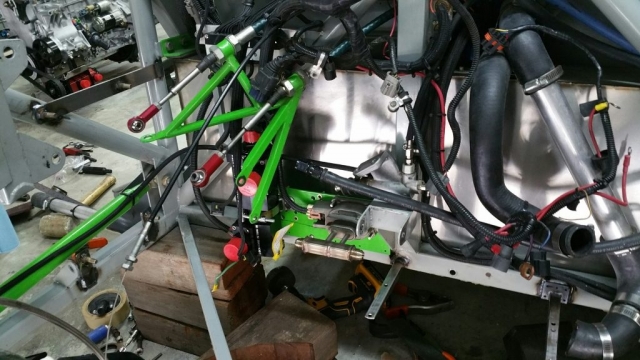 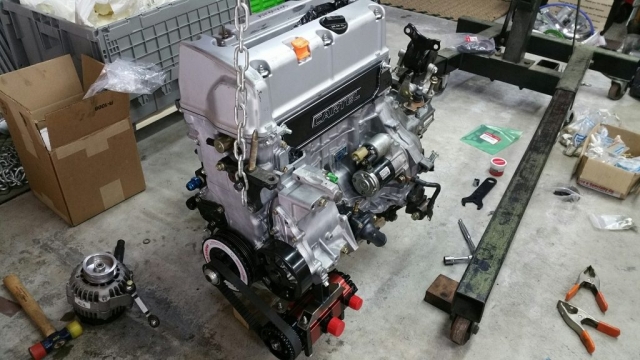 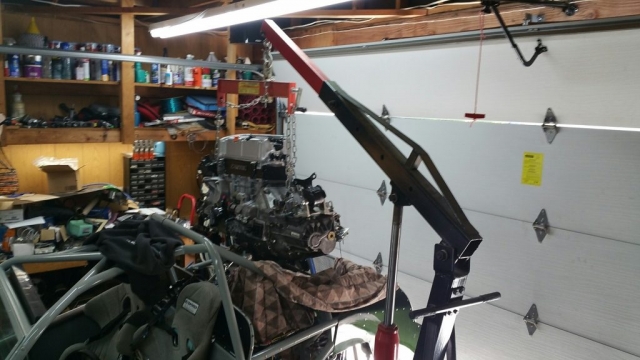 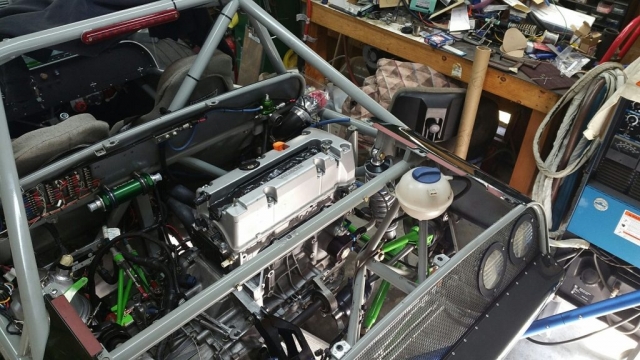 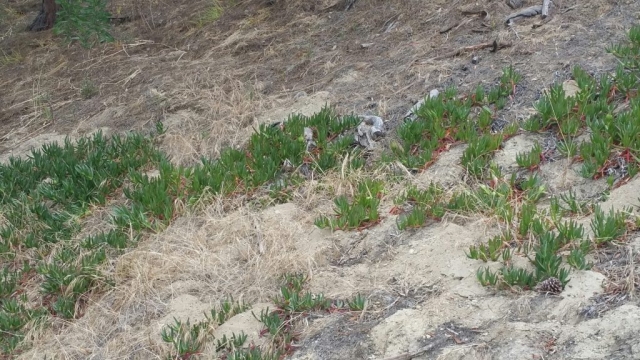 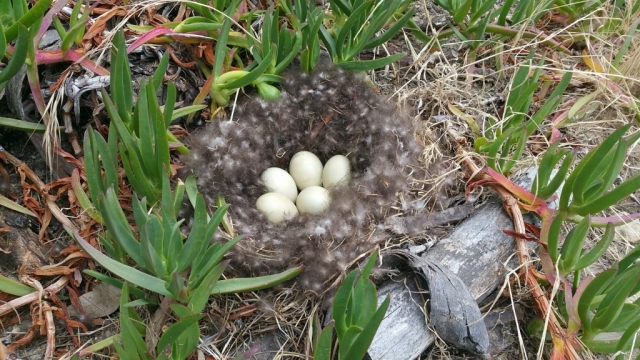 Engine arrived last week from Drag Cartel, on schedule again. Borrowed the engine hoist from my brother and out came the old one, with the damage clearly evident with it out of the car. While transferring the transaxle from the old engine to the new, turned out that the clutch housing was just barely contacting the transaxle housing; I wonder if Competition Clutch has heard of this. Ground the transaxle housing just enough that it shouldn’t contact it then installed the clutch to the new engine and bolted the transaxle to the engine. Cleaned up the engine bay and welded in new mounts for the dry sump tank as well as an additional mount for the water/oil heat exchanger. After that, “engine V2.0” went into the car and then the weekend was done.

In other news, looks like we’re going to be parents of ducklings. In the second to last picture, see if you can spot moma duck, sitting right in the center of the frame; she’s amazingly hard to spot. Did some reading up on them and a usual “clutch” is 12 eggs, so I don’t know if she’d done laying. The most interesting thing is that the eggs remain inert until she lays the last one and start sitting. Only then do all the eggs start developing in parallel so they all hatch within 1-2 days. That way mom doesn’t have to hang around for days or weeks waiting for each one to hatch in turn. After they’re all hatched she’ll march them to the nearest water, which will probably be our pond. Two months later, they should be ready fly and off they’ll go. Should be pretty cool to watch.