A couple things happened this week. First was coming home from work, thinking what I’d accomplish before dinner. That  changed when a puddle of water was found near the front door. “Hmm, and the hot water heater’s on the other side of this wall.” There went that evening. Then while walking Midi back home today, I saw a huge tree branch that came down the night before that had crushed our fence and a small fruit tree. The “good” news is that it’s the neighbor’s tree, but I went ahead and cut up my side of it.

In garage news: this weekend’s goal was to replace the very worn lathe cross slide screw and nuts. The screw is an odd 7/8-8 left-hand Acme thread, but I found a place that sells it in reasonable lengths. A buddy is making the same repair to his Takisawa TLS-800, so he bought a chunk of bronze, along with a 7/8-8 left-hand Acme tap, which he loaned me.

The first job was to machine the bronze block to create the nuts. The key was fully machining it as one block and only separate the two as the last operation. Doing this ensures that both would index to the same position when installed (rather than one ending up off by, oh, 37.5°, for example). With those finished, the next task was repairing the cross slide screw assembly. Rather than starting from scratch, the plan was to cut off only the worn threaded portion and attach the new part. This avoided having to mess with the drive gear, which may or may not have been permanently attached.

Taking out the old cross slide was an education but straightforward, but then I realized the Catch-22 I’d walked into. In order to replace the cross slide screw required using the lathe for two operations: cutting down the new screw shaft, and boring out the forward section of the existing assembly. Thankfully, only the first operation required the cross slide. One end of the new Acme screw was turned down to 0.624″ without issue, though it did act like it had been hardened; oh well, that’s what carbide inserts are for! Next, the original cross slide shaft was removed from the lathe (again) and the worn section of the screw shaft cut off (no going back now!). The bit was installed in the lathe chuck and was bored to 0.625″, with the help of a reamer I had from building Midlana. The new section of screw was installed into the original section, with the far end located with a live center to ensure it remained straight, then soldered together… yes, soldered. I intended to use silver solder that I’ve had for years, but the flux was all dried out and I couldn’t get it to flow. Finally I gave up and used ordinary rosin core solder. I did this because the torque required during use is low, and since it wicks between the two metals and sees only shear torque. I remembered seeing a demo where two plates were attached together. One was lap welded, while the other was soldered together, with the same overlap. Somewhat surprisingly, the soldered joint was stronger because it has much more surface area of contact. We’ll see how it holds up over time. If it fails, there’s always pinning it. Anyway, in the fourth picture from the last is a comparison between the new and old screw thread—pretty striking wear.

Lastly, I’ve been thinking about how to improve my driving. It all comes down to not being comfortable with it in turns (its capabilities are far too high to mess around on the street). Turns out that Willow Springs Raceway has, in addition to the main track and the Streets of Willow, a drifting track. Though smaller than I’d like, it might work for gradually upping cornering speed in order to learn how the car acts at the edge of adhesion. We’ll see.

(Oh, I’m trying something new. I set the native resolution to my cellphone camera low enough that the pictures don’t have to be resized. It saves a step and I think the shots look better.) 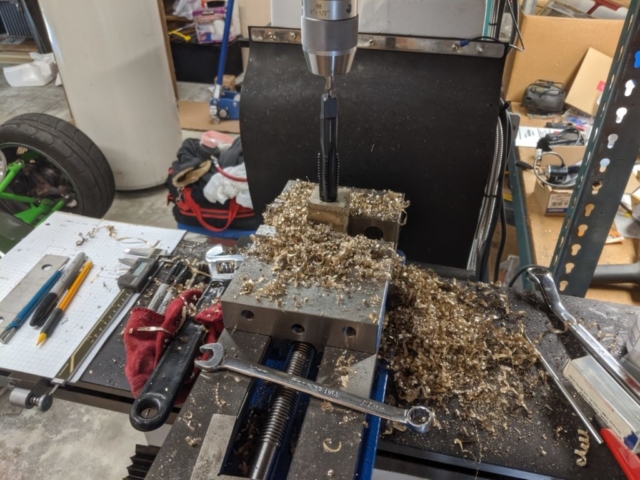 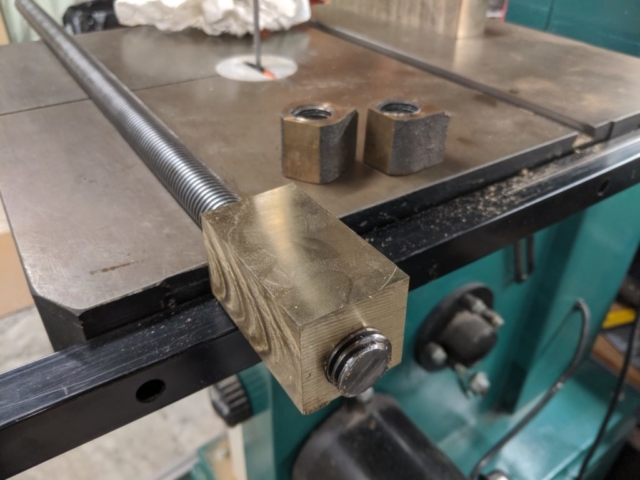 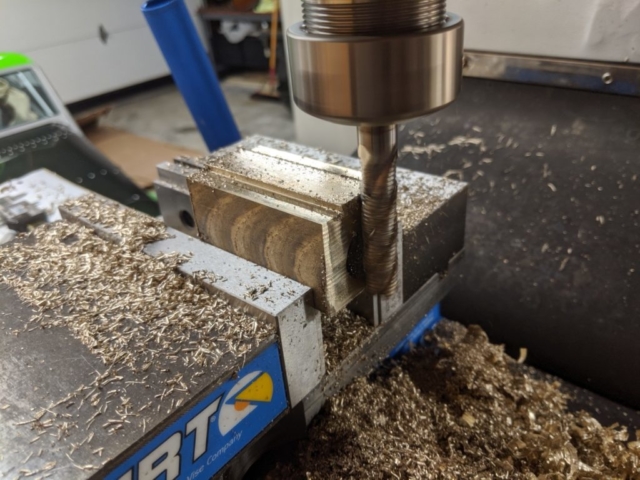 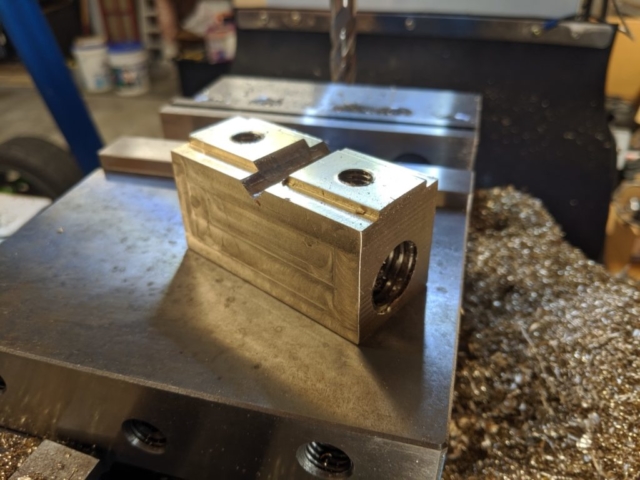 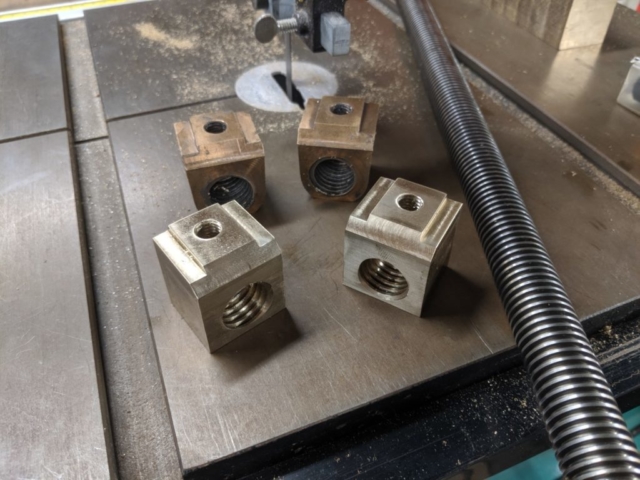 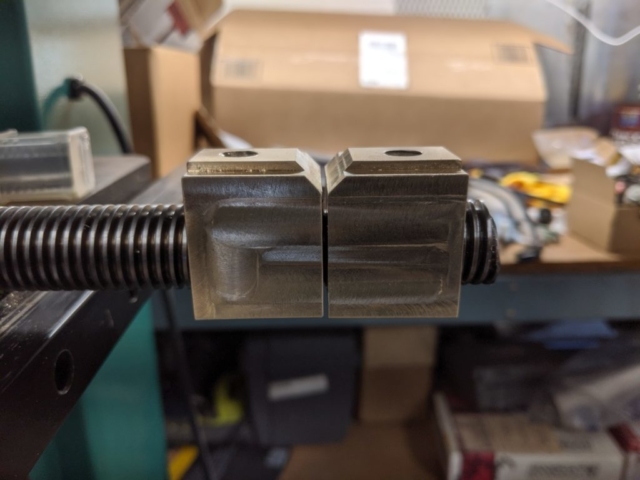 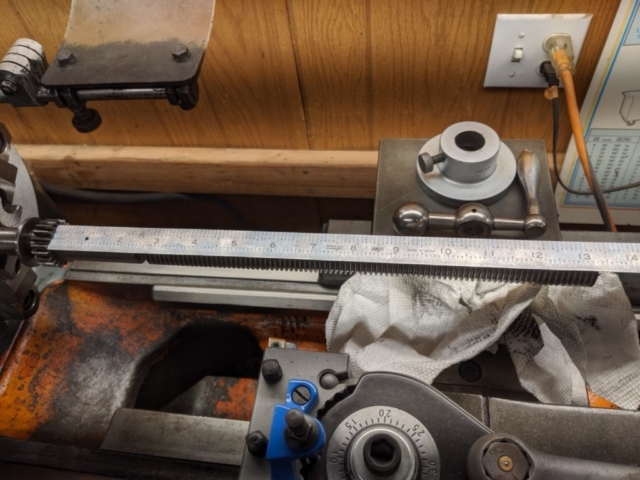 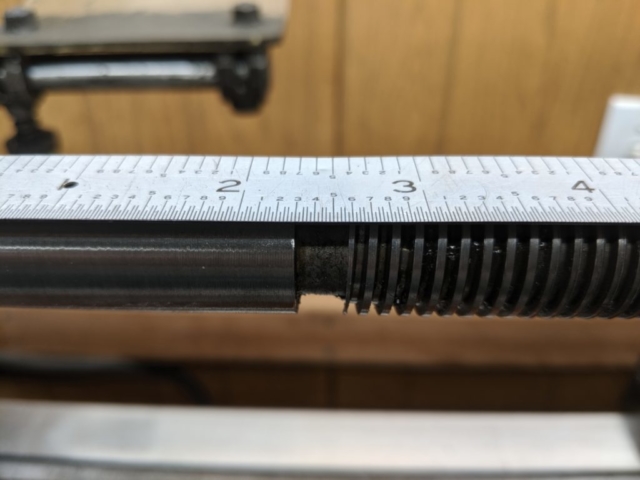 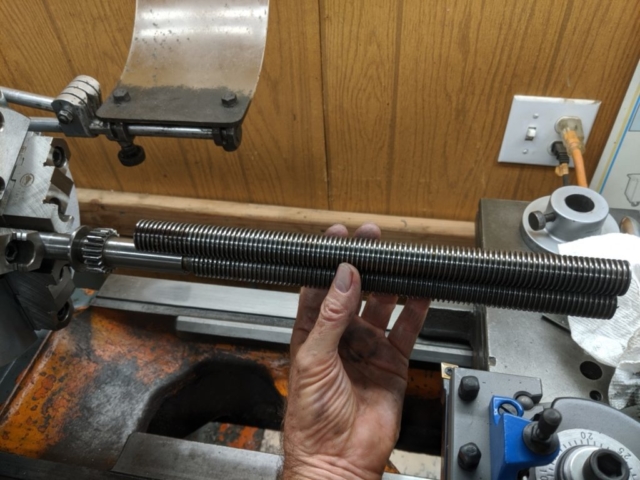 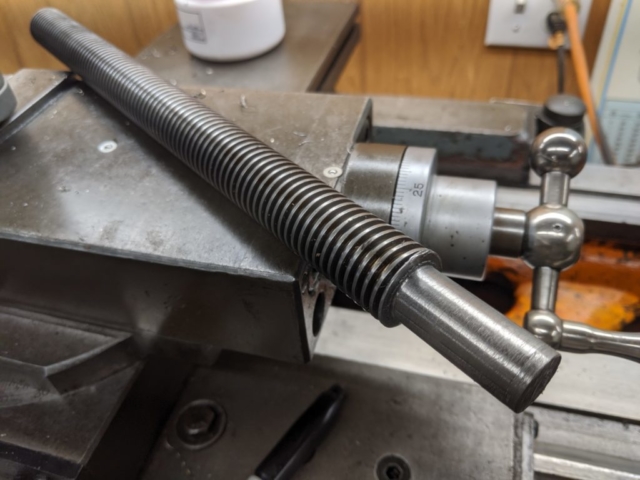 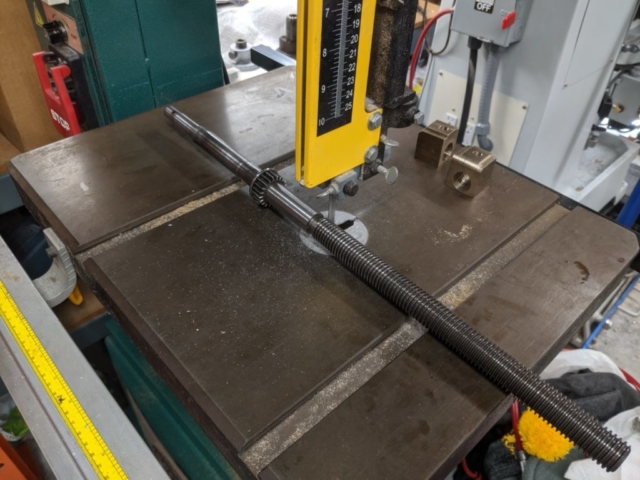 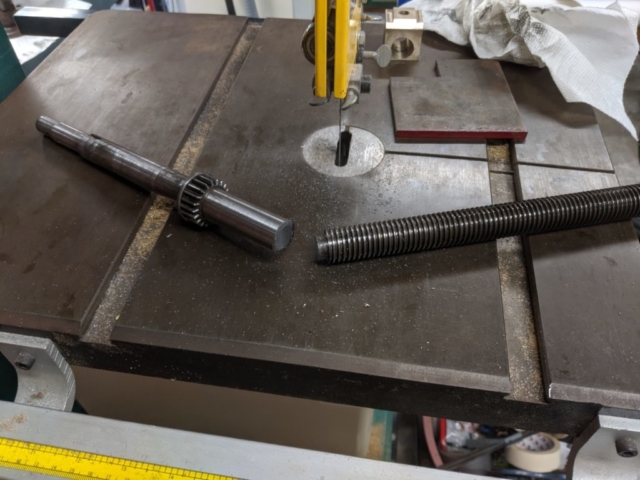 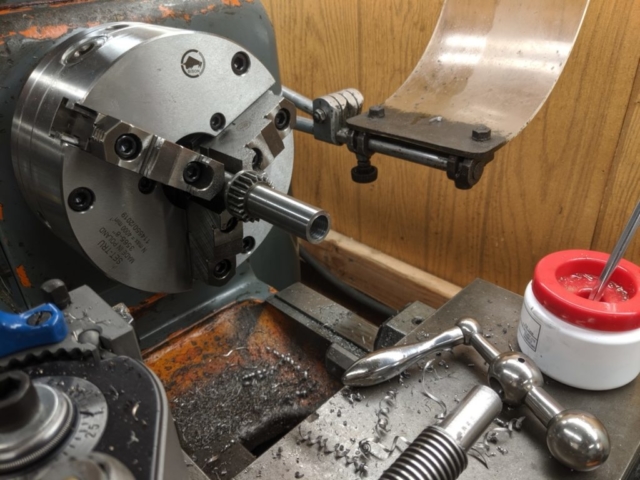 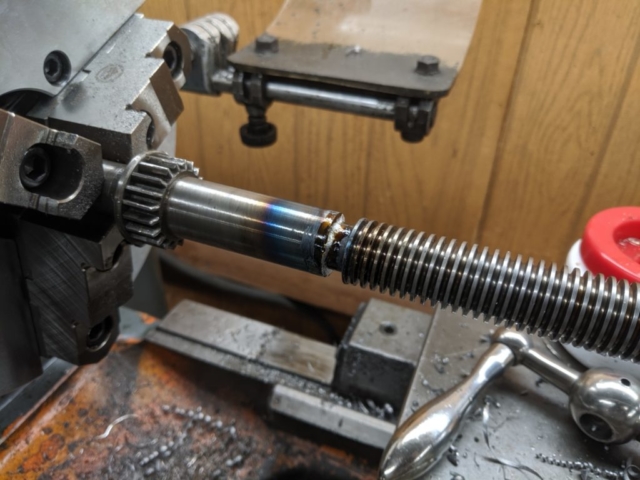 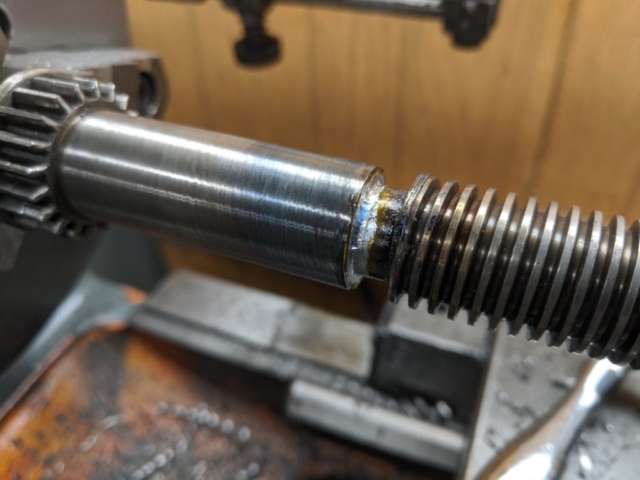 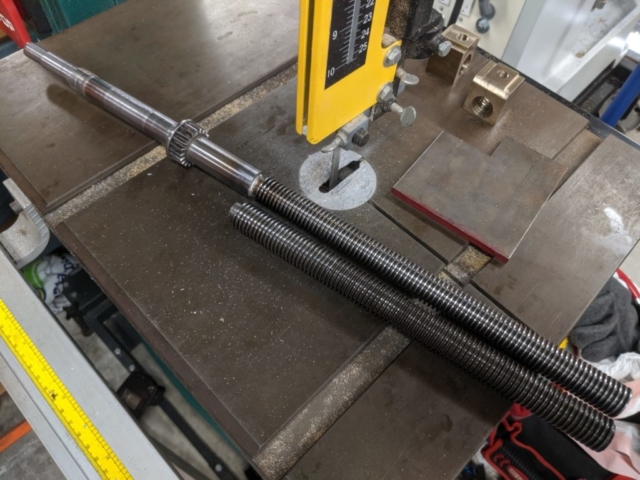 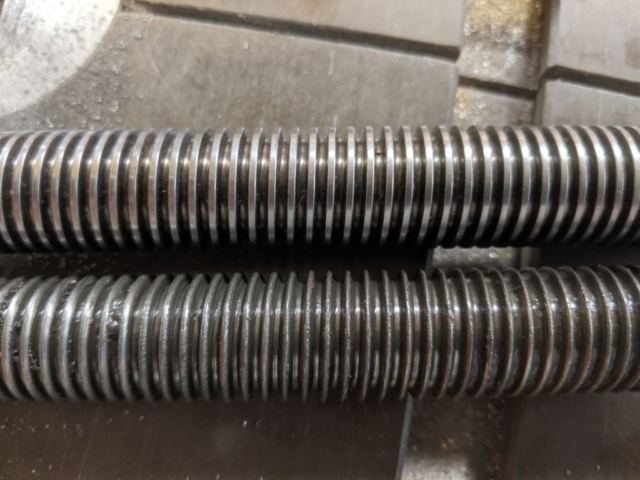 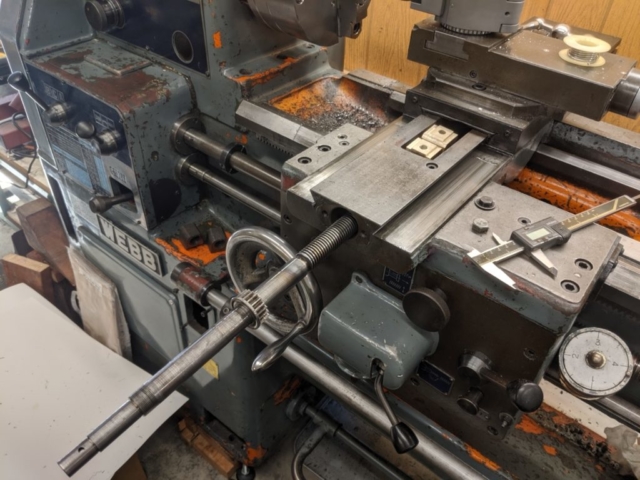 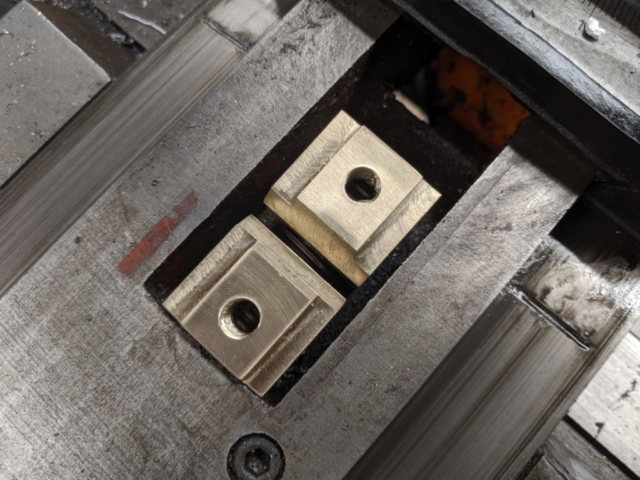 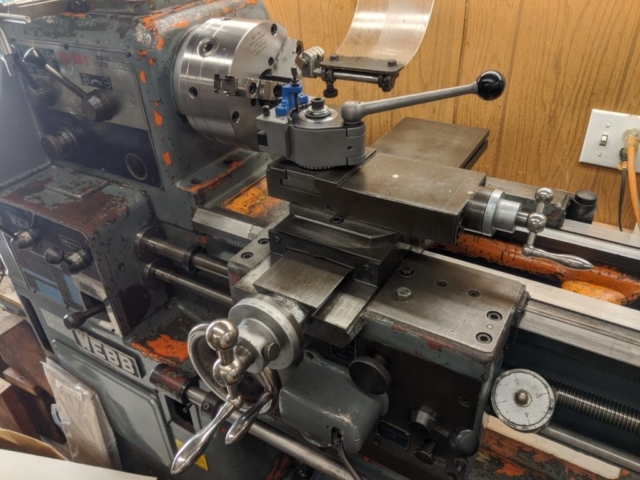